What one does’ behind closed doors’ is one’s own business. Most of us do not pry and are far too busy with life unless something becomes apparent where gossiping can and does take place. This article, however, isn’t about gossiping. It’s about a far greater danger.

Throughout the world and particularly In Sub continental countries sex is seen as a male thing. Women are not supposed to be sexual. They are only to respond to sex.  They are meant to be careful and protect them from the male predator that being a sexual thing.

Amongst friends when a female is harassed or sexually abused by a male the other friends usually tell of that bloke and then at a point accept that it is a male thing and the girl should have been careful.

This is a dangerous assertion and dangerous approval that gives way to the violence towards woman.

Sexual enjoyment is a mutual gift to people who want it mutually. This does not make a woman of a nasty breed or impure.  Yes we have moral standards around sexual behaviour and those standards apply for both men and women and this article is not about those standards.

This article focuses on a married man with psychotic disorders, who take extra marital affairs as a normal way of life, but hide it from their wife.   This phenomenon has sometimes given leniency with the words that ‘men will be men’ and ‘a man has lust’ and ‘what she doesn’t know doesn’t harm her’ It is about the harm done to all around this man. It is also about the phenomenon of male psychopaths and sociopaths who get away scott free with this social leniency and approval from this sort of talk.

In light of modernisation and progressive thinking many people have changed their minds and are respectful of the progress we have made in understanding minds and the harming of social decency and the harming of the families but it is still a steep uphill struggle when it comes to the realisation of harm done to women with the intentional or unintentional support that men will have ‘extra lust’, more than woman.

When extra marital ‘lust’ is  seen as normal for a man and a  woman’s sexual need is seen as abnormal even if she was single, the hypocrisy  brings about many social injustices.  Through cultural and religious practices it is inbred into people that men own sex. So when a woman is abused it is the woman who is ostracised for getting abused. Not the man’s behaviour. This hypocrisy must be challenged vocally.

While it is acknowledged there are women of the disposition  of sexual promiscuity, this article does not focus on that because it focuses specifically on abuse of women through the  approval and leniency towards male behaviour which is described as ‘normal male lust’ .

Women who become victim of this are ostracised not only by men but also women who have been brought up in the male supremacy way of thinking.  Women will also gossip about how the victim (also woman) should have acted differently)

This attitude has allowed men to get away with abusing women over thousands of years and in 2017 we should start to understand it.

While there may be normal reasons for extra marital affairs and I won’t go into this, there are some men (and women) who have a string of extra marital affairs simply for fun, without thinking or simply not feeling for the harm it does to everyone around them.  There are also some men who continue to abuse women after they are married and are justified by society for doing so as mentioned before. Women who speak out are also ostracised and threatened to conform to how society is and not to make these changes or to speak out as they will be ostracised. A responsible woman must never give in to these pressures.

In the Bangladeshi community sister in laws, mother in laws or friends of the wife is not safe from the predator man who in some cases could even be the father. This is the damage done by apologists and ‘approvalists’ of male lust.

Psychology has shown reasons why these affairs happen which can include an incompatible marriage and frustrations within the marriage. These problems can get resolved through family therapy and sometimes the marriage breaks. Where a marriage does not break and this ‘affairs’ technique is a way of making the marriage work this is dangerous on many levels.

Firstly a man of this tendency is also abusing other women in his surroundings as explained before and secondly, where the perpetrator is a psychopath or sociopath, dangerous harm happens to women which no one talks about.

Psychopaths and sociopaths have the ability to con their other half, the other woman and most of society.A Sociopath is described as‘a person with a psychopathic personality whose behavior is antisocial, often criminal, and who lacks a sense of moral responsibility or social conscience.’

And psychopath is described as‘a person with a psychopathic personality, which manifests as amoraland antisocial behavior, lack of ability to love or establish meaningfulpersonal relationships, extreme egocentricity, failure to learn from experience, etc.’

These are dictionary meanings and of course a qualified psychologist might give other definitions which wouldn’t be far out from the dictionary definition.

Other than the first danger of hurting their own families and the other person involved, the dangers of the action of these people are many fold.

Psychopaths and sociopaths can be educated or uneducated. The educated ones are far more dangerous as they have skills of remaining undetected.  They are not the same and Psychology today has described the two as follows:

‘Sociopaths tend to be nervous and easily agitated. They are volatile and prone to emotional outbursts, including fits of rage. They are likely to be uneducated and live on the fringes of society, unable to hold down a steady job or stay in one place for very long. It is difficult but not impossible for sociopaths to form attachments with others. Many sociopaths are able to form an attachment to a particular individual or group, although they have no regard for society in general or its rules. In the eyes of others, sociopaths will appear to be very disturbed. Any crimes committed by a sociopath, including murder, will tend to be haphazard, disorganized and spontaneous rather than planned.’

‘Psychopaths, on the other hand, are unable to form emotional attachments or feel real empathy with others, although they often have disarming or even charming personalities. Psychopaths are very manipulative and can easily gain people’s trust. They learn to mimic emotions, despite their inability to actually feel them, and will appear normal to unsuspecting people. Psychopaths are often well educated and hold steady jobs. Some are so good at manipulation and mimicry that they have families and other long-term relationships without those around them ever suspecting their true nature.’

Some have said that those educated in psychology and sociology are better placed to be the most successful of psychopaths.

Quite often, the educated psychopath has a string of extra marital affairs.  A man with this inclination will woe, pursue charm and lie to the other women, his own wife and people around them. Some psychopaths and sociopaths have good statuses in society and the lies are there to protect his status. He will tell sob stories about his wife to bring sympathy.  He will blame women for luring him. While at the same time he will convince his mistress of his emotional need for her.  Some men will want it all and have his wife and his mistress. Others break off with the mistress simply to repeat the pattern over again and again.

While I am not saying that people do not have genuine dissatisfaction in their marriages which can lead to extra marital affairs, the serial predator with psychopathic tendencies does not have a feeling of guilt or remorse and can harm people in order to get his few minutes of fun that is actually his feeling of power.  He does respect neither his victim nor his partner. Nor the larger harm does to everyone around them.

We have to remember that sexual abuse is always about power. Psychologists’ explanations have told us that this need of power is usually with men who have otherwise felt not powerful in their own lives. They could have been bullied and have sympathetic reasons as to why they are in this state but sometimes it is merely because they have deformities of the ingredients that make up a wholesome mature human being.  It has been described as:

‘Very immature infants (emotionally) with little or no adult conscience (which is rooted in empathy) because they are incapable of it. Their rational brain can be brilliant which makes them very dangerous when linked to no empathy or mature conscience.’

It is known some of these predators’ are highly successful and can manipulate the person they live with (for social approval) and go undetected. So if anyone is thinking of having an affair with a married person, unless you can take on a psychopath, please think again.  This is because the harm caused to others, and ultimately to oneself, may outweigh the short term benefits.

It is widely known that most women are seeking love and can fall into the trap of a psychopath and thus it is very important to look for the signs of these people than can cause destruction and devastation to people around them. Short term fun can break lives and after breaking a person the predator will look for his next victim.

There are psychological and scientific reasons for this behavior and immense studies in this area for anyone interested, but it certainly isn’t ‘a gentleman’s uncontrollable lust’

The effects of a psychopath and sociopath for people around him are depression, mental breakdown, destroying of self worth.

The approval of this behavior  of men by people of this nature in sub continental countries is therefore  is highly dangerous  and has been a great reason for the continuation of abuses with women and a and a continuation of Violence Against Women. 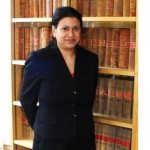