“You speak good Chinese”, said Qian Kaifu, Cultural Councellor of the Embassy of the People’s Republic of China in Bangladesh. A soft-spoken elderly gentleman. Standing beside him was a quiet, smartly dressed woman, Cao Yanhua the Cultural Attache, who passed him a bag. “We’ve brought some presents for you.” The 2010 calendar would be useful, but a silk tie was probably not the most appropriate gift for me. The tea was not so unreasonable. How were they to know I was not a tea drinker?

Irfan knew the meeting with Free Voice, regarding the media academy was very important and wouldn’t normally have disturbed me. So when Mr. Kaifu, instead of showing interest in our sole Chinese member Jessica Lim in the library, insisted that we find a quiet place to talk, I realized it was more than a courtesy call. 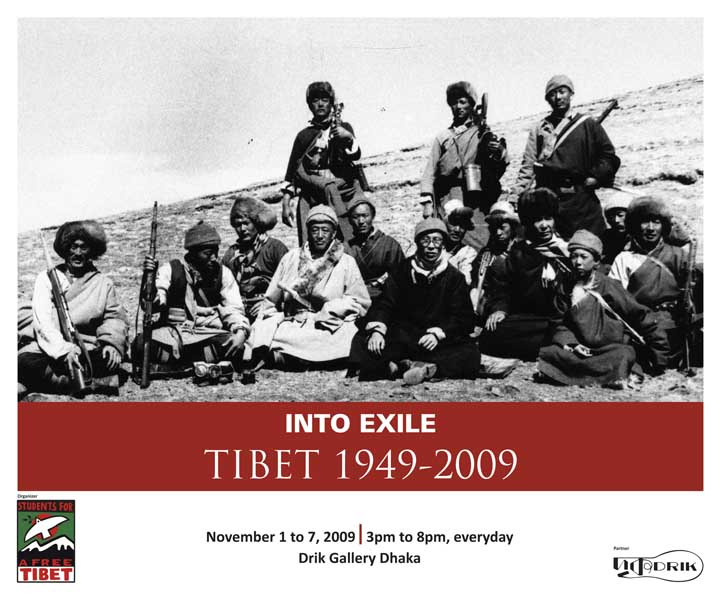 He got straight to the point. “We would like you to cancel the Tibet exhibition” he said. Reminding me that Tibet was a part of China, he went on to explain how the Bangladesh China relationship would be affected if the show went on. He also spoke of the many things we could do together, the exhibitions we could bring. About how such a famous organisation like Drik would find many partners in China. It seemed churlish to remind him that my recent application for a visa when I was to judge the TOPS photojournalism contest in China, had been rejected.

As politely as I could, I reminded Mr. Kaifu that ours was an independent gallery. I asked him how he felt he had the right to tell us, what we could show. I invited him to the show and assured him that he would be free to present his own opinion at the opening. We would be happy to show a Chinese exhibition, if the quality was right. He wanted to see the gallery and a colleague showed him around as I went back to the meeting.

I was reminded of the time when the director of the British Council in Dhaka had demanded that we take down Roshini Kempadoo’s exhibition, the European Currency Unfolds, as he felt it showed Britain in a bad light. Of the midnight call by the minister, on the eve of the first Chobi Mela, when he felt ‘certain’ images that didn’t support the official version of the war of 1971, should be taken down from the National Museum walls. Of the fact that the Alliance Francaise, had backed out of their sponsorship of my show criticising general Ershad’s rule. Of how every major gallery, including the ‘progressive’ Art College gallery had refused to show the work. Of the civil society protest against the government, when they had used the military to round up opposition activists, that had taken place in our gallery. Of why we needed a gallery of our own.

On that last occasion, people with knives, under military protection, had attacked me in the street the following day. I had no illusions about the implications of our action, but this small organisation was going to hold its ground. We had relocated from the National Museum, and put up the 1971 show at Drik instead. Despite the threats, our curatorial freedom is something we have staunchly protected, every time.

It was evening before the phone call from the ministry of culture came in. “China was a friend, you mustn’t show pictures of Dalai Lama” the high ranking official went on. “No no we are not talking of censorship, but…” This was followed by some artist who spoke as if he was a friend. I couldn’t place either of the callers, though I could place the ministry official by his rank. I could see it was to be a multi-pronged attack.

I was in a meeting with two Korean professors that Gitiara Nasreen, the chairperson of the Department of Journalism and Mass Communication,  Dhaka university had brought over to Drik when Hasanul Huq Inu MP, the president of JSD (Jatiya Samajtantrik Dal) called. He reminded me of how supportive Bangladesh was of the “One China Policy”, the implications that holding the exhibition would have for the nation.

The next visitors from Special Branch were perhaps to be expected. Speeding up the staff meeting in the studio, I went down to try and handle this next ‘situation’. Mr. Khairul Kabir did most of the talking while Mr. Palash nodded from the side. They wanted details of the organisers. I asked for an official request. It wasn’t simply my concern for the organisers, I also wanted to test out the ground rules. “Khamakha jotil kore phelchen” (you are making it unnecessarily complicated) was his veiled threat. I was familiar with this language, but decided to hold my ground. A few calls to ‘higher ups’ followed, made more for me to hear than anyone else. “He is not being cooperative… Yes he is here… I have explained the gravity of the situation… We have done nothing else yet…” went the conversation.

The responses to the text messages I had been sending out in between began to come in. “Would you like some tea?” I offered. Mr. Kabir’s smile was not as sweet as mine as he declined. A lawyer friend’s response was heartening. I was within my rights to refuse to provide information until an official request had been made. I knew such technicalities might not help if the situation became more awkward, and decided to send out a twitter alert, just in case. A few more calls followed, to more ‘higher ups’ and the pair walked out to make more calls. That gave me the opportunity to call my lawyer friend and to mobilise more support. Just in case. 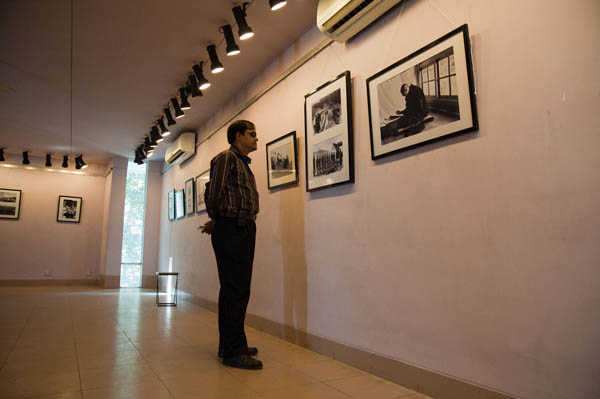 The Special Branch do like me. They came to visit again. Initially it was Mohammad Enamul Haq the Chief of City Special Branch Dhanmondi Zone. He had been sent by SS Additional IG. Shah Alam Officer in Charge Dhanmondi Thana, joined us later. The initial cordial conversation, turned sharp when I ref 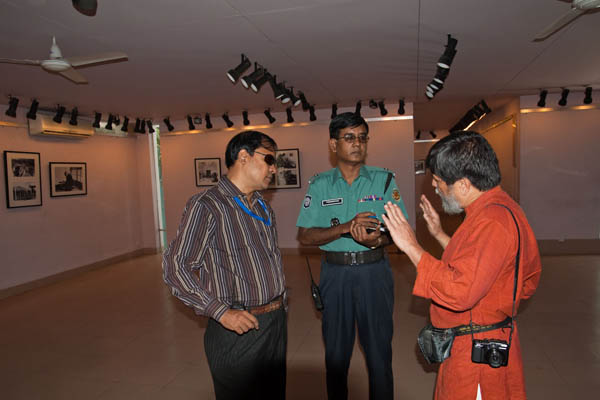 used to divulge the contact details of the organizers. They reminded me of how it would become difficult for Drik to operate in the future if we didn’t take the side of the government. I reminded them that I was siding with the law. That the law applied to the police, was an unknown concept to Shah Alam.

“The show has to be stopped” were his passing words, along with a terse instruction to pass on this message to the organizers. As we wait for the opening later this afternoon, I am unsure of where the next call is going to come from.  Reports are coming in of the Bangladesh police preventing a journalist from filing torture allegations against paramilitary soldiers, I wonder what the implications are for Drik in the days to come. After 25 years of working to promote photography in Bangladesh, it is interesting to find the government suddenly taking an interest!

More pictures on DrikNews the site appears to have been hacked. A virus warning as you enter the site will deter you. Just ignore the sign.