The first 4 are very easy to prove. Let’s see what “Ms.” Paul put up as her biography on American Chronicle, a website that regularly publishes her writing. 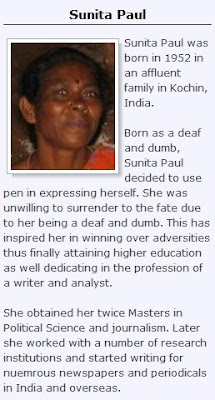 Wondering why I included an image instead of just linking to her bio? Because “Ms.” Paul’s bio has a mysterious habit of changing, just like some of her writing has a habit of disappearing (more on that later)

Can we agree on the first four items in my description of Ms. Paul? Then lets move on to the other three.

Sunita Paul: Fraud
Rest assured, I do not call Ms. Paul a “fraud” without any basis. First, a little lesson in American identity, and usage of English. I have spent half of my life in the USA, and people never, ever, describe someone in a publication with reference to their family background, simply because it is considered [a] rude and [b] having no bearing on a person’s ability to perform. “Affluent family” is a strangely Asian affectation. Calling a mute person “dumb” is also typically an Asian trait. Lastly, no native speaker of English would also use the phrase “Twice masters” to describe two masters degrees–the common usage is “double masters” or simply “two masters.” So we can safely conclude that this description was not written by an American who works for American Chronicle.

Question is, did “Ms.” Sunita Paul write this? And if “she” did not write this, did “she” never see a glaring inaccuracy in her own bio on a site where she regularly publishes?

I am, of course, referring to the wonderful town of “Kochin” where “Ms.” Paul was allegedly born.

See, this has been nagging me for a while. Paul is a Bangla last name. There is no rule that a Bangali from India could not be born in Kerala, where “Kochin” is located, and there is no reason why it could not be an established and “affluent” family there. But seemed a little unusual. But I dug a little, and to understand the implications of the results, let’s play a little game. Raise your hand if you know the name of the town you were born in. Keep it raised if you don’t know how to spell it, and lower it if you know how to spell it. How many hands do you have up?

Turns out our dear “Ms.” Paul, this “twice masters” in Political Science and Journalism, would have one hand up in the air. Because there is no city/town/hamlet/village in India called Kochin. There is, however, a famous city called “Cochin”, since 1967 called “Kochi.” However, in its many incarnations, it has never been spelled “Kochin.”

Could this be true that “Ms.” Paul does not know how to spell the name of her city of birth? Conclusion: “she” has never been to Kochi/Cochin–only heard it mentioned in conversation and decided to use that as the birthplace of “her” fictional persona. “She” did not do any research, but just started using that in the fictitious bio. 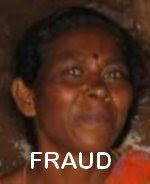 Sunita Paul: Plagiarist.
Mashuqur Rahman, a blogger who has done ground-breaking research into the genocide of 1971 by the Pakistani Army against the civilians of Bangladesh, broke a story about the Chief of Staff of the Bangladesh Army being involved in transactions at an Army-owned bank that clearly violated banking regulations. His writeup on this was published in 2007, and was picked up by the media.

Notice the usage in the first sentance. After the 2nd comma, Mashuqur’s sentence continues with a “they” and it fits perfectly.

Not only are General Moeen and his brother, Iqbal, on Trust Bank’s board of directors, they are also borrowers of large sums of money from the bank.

“Ms.” Paul’s writing contains the same “they” after the same comma, but it makes no sense. The pronoun appears out of nowhere.

General Moeen and his brother, Iqbal, on Trust Bank´s board of directors, they are borrowers of large sums of money from the bank.

Compare other sentences in the same paragraph for word-for-word, punctuation-for-punctuation, similarity.

I could cite other examples, but I will leave it to you, dear reader, as an exercise.

Conclusion: “Ms.” Paul lifted this from the post by Mashuqur Rahman, made a minor change and did not bother fixing the grammatical error resulting from “her” change. She is a plagiarist–a thief and a cheat. 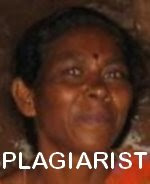 Are you wondering where the article by “Ms.” Sunita Paul is, and why it is not linked in the quote above?

Funny you should ask. Since Mashuqur Rahman accused “Ms.” Sunita Paul of plagiarism, the article, titled “Ruling party getting set to try Bangladesh Generals” has vanished from the American Chronicle site. But due to the wonderful Google Cache, the bane of existance for all online liars, it still lives on. You can find it here, and see the Google result here. “She” actually tried to destroy the evidence when accused of being a plagiarist.

But wait.. what is this I see? Oh my! “Ms.” Paul may have been able to remove the article from American Chronicle, but it is also on Global Politician, Priyo.com, and some other sites. So you would be able to make the comparison after all.

Sunita Paul: Liar
In “her” hatchet job trying to defend the plagiarism allegation, “Ms.” Paul launched a vicious ad hominem attack against Mashuqur Rahman, that mostly revolves around Mr. Rahman’s alleged allegiance to Awami League. While saner readers may ask what Mr. Rahman’s political philosophy has to do with “Ms.” Paul’s plagiarism, it is obvious that such plain logic escapes “Ms.” Paul.

Mr. Rahman may actually be the first to agree that he has questioned the transparency of General Moeen’s finances, or criticized certain mainstream newspapers and their editors. After all, “Ms.” Paul cites examples of Mr. Rahman’s harsh criticism of New Age:

Mashuqur Rahman is also a harsh critic of Bangladeshi press. Commenting on Dhaka´s prominent English language newspaper, The New Age, he wrote “most progressive English language newspaper in Bangladesh, The New Age, published an editorial yesterday that offered no support to the cartoonist and backed the government´s decision to jail the young man for retelling a joke that even Islamists themselves have published before.”

What does that have to do with the price of tea in China, I mean, the documented allegation that “Ms.” Paul is a plagiarist? Had she cited Mr. Rahman falsely accusing others of plagiarism, then at least “she” could establish a pattern.

Let’s see if we can parse this logic. Mashuqur Rahman criticized the press and the Army chief in Bangladesh. Ergo, his statement that Sunita Paul is a plagiarist is [a] True, or [b] False.

You would be correct in concluding that “Ms.” Paul being a plagiarist has nothing to do with what Mr. Rahman thought of certain newspapers and their editors. Obviously, at least the Daily Star seems to take the criticism in good grace–they just published Mr. Rahman’s op-ed where he charges that “Ms.” Paul is a plagiarist and a cheat.

So while “Ms.” Paul is trying to defend the Daily Star from Mr. Mashuqur Rahman’s criticism, they themselves are publishing Mr. Rahman’s article about Sunita Paul. Oh, the irony.

Mashuqur Rahman calls me a plagarist and cheat. He did not cite one example behind such nasty allegation. I have never violated any copyright of any publication, ever. Wherefrom he invented this plagarism theory? Why he terms me as a ‘cheat’? Just because I am not also one of the lap-dogs of Bangladesh Awami League like him?

Mr. Rahman cited chapter and verse, including links to the actual articles that he wrote in 2007, and “Ms.” Paul plagiarized in 2009. “Ms.” Paul lied outright in the above paragraph. 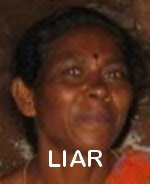 So we resolve that “Ms.” Paul may not have “twice masters” and may never even seen the city of “Kochin” with her own eyes, let alone be born there, but she is a “thrice masters”: Fraud, Plagiarist and a Liar.