What ‘s in a name? That which we call a rose
By any other name would smell as sweet. 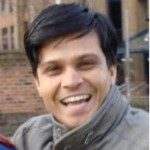 
7 Responses to “Of the FUA-MUA government”