A horrific hostage crisis is going on in Bangladesh. It’s painful, but not surprising… and the inevitability is perhaps the most unfortunate part of it.

Prayers are the most useless thing in the world, but we can only pray that the hostages return safely…even if all of us know that it’s highly improbable.

The horror, the caution, and the sympathy will all essentially go in vain unless we translate those to action. Incidents like these do not appear out of thin air. Let us review a number of astonishing events that happened in the build-up to these attacks.

-The government retained political power with two fundamental promises…trial of war criminals and protection from radical terrorists. They have succeeded in one, but have miserably failed in the other.

-Even the most vigilant agencies cannot prevent highly motivated and unpredictable attacks like this. The failure to protect is often mitigated by the ability to react. Unfortunately, the government has been indifferent to the series of targeted killings going on over the past three years.

-Political reality might compel even the most genuine sympathizer to conceal their true emotions. In such cases, a lack of action is permissible if not commendable. What is unacceptable is a policy to appease the offenders. Unfortunately, that has been happening in Bangladesh as the extremely radical Islamists were given free land and endless funding.

-Politics is a dirty game after all, and we are fools to expect that any political party is made up of saints. The general masses, however, are expected to care for their right, honor, and reputation. Unfortunately, there is deep apathy towards anybody who does not conform to the mainstream demographic…as has been observed in the victim-blaming done after atheist bloggers, Hindu/Buddhist priests, and a number of foreigners killed.

-The general masses are a large crowd. They are busy with their own lives, they don’t have the spare moment to help a random person in distress, they do not have the luxury of taking a stand. There should still be a subset that cares. Those who care about the Awami League’s secular past should be bothered that the worst infestation of terrorism has happened under their watch. Instead, they have resorted to outlandish theories — some of the loony theories going as far as blaming Israel/Mosad for these.

-People whose allegiance is to earthly entities will always be biased. But those who care about their faith and the Almighty have a sworn duty to uphold certain values. In western societies, the separation of church and state was a demand initiated by people of faith, because they were frustrated with religion being abused. We do not see that in Muslims. These are criminals who pray more than the average Muslim, they read and interpret the holy book, they kill and die screaming Allahu Akbar. Yet the overly-used stock reaction of Muslims is, “he is not a true Muslim.” Quite frankly, who the #%$@ are we to say that, especially in an attempt to deny and deflect? The mode of the many attacks are directly inspired by storied times in Islamic history — otherwise nobody would use a sword/machete instead of a gun. There is promise of heaven if the task is completed, there is assurance of credit if it is done in a certain way.

So who does that leave out? There are very, very, very few people who have been protesting these violent acts, and urging for action and awareness. There is a lot of blame going on it many directions, but not a single word of enlightenment. There is no political speech and negligible religious decree against these acts.

The result of this earth-shaking attack will be terrible, especially fora country like Bangladesh. Imagine yourself in the shoes of an Argentinian citizen. They don’t care how much you cried over Messi’s retirement from international football, but they will care when the severed head of a fellow citizen will be broadcast over the internet. Imagine being an Italian citizen whose country houses some 50k Bangladeshi laborers. Or a Scandinavian citizen whose country funds countless projects. Or an orange-haired racist bigot who is looking for an excuse to uproot the RMG industry from cheap-labor countries like Bangladesh.

It may look like 20 people are held hostage, but in reality our lack of subsequent action will affect how tens of countries look at us. It will not take much to dry up Bangladesh’s income sources. Which will in turn make the country even more vulnerable to radicalism.

So please let us stop protecting those who did nothing to stop this inevitable day from coming to pass. Let us not draw up more excuses for people and ideologies that inspire such acts.

Instead, we should treat this as a kick up our collective backsides. Do something, or something will have been done to you. Eventually. Surely. 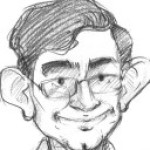 
One Response to “The time for thoughts and prayers is gone!”