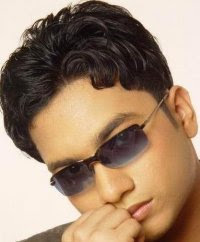 Poor Mahbub Alam Rodin. As I write this, he is probably experiencing what the business end of a police baton feels like.

His crime? He allegedly uploaded some caricatures of the Prime Minister, the Leader of the Opposition and some other political figures to Facebook. So some idiots who can call the shots on such matter decided to block Facebook in Bangladesh.

Not that it helped. I probably may not even have heard about his cartoons for a few days unless the government decided to block it. But now the whole world knows about it–I just heard it on BBC Radio.

Here is the worst part: blocking the Internet does not work unless you have a giant, country-wide firewall like China, and even then it works just part of the time. So our tech geniuses blocked http://facebook.com, but people could still get through by going to httpS://facebook.com. There are also ubiquitous proxies like http://hidemyass.com that can be used to bypass the restriction.

Let me say that I do not know that the cartoons were like, but I am sure someone will send them to me before the day is over. And if they are not pornographic, I will post them here or at least post a link to them.

While personally I draw the line at pornography on this blog, I argue that Rodin’s (nice name, by the way, if he draws) free-speech rights trump whatever hurt feelings the images may have caused in Bangladesh.

So I will end with this message to the people who made this decision: